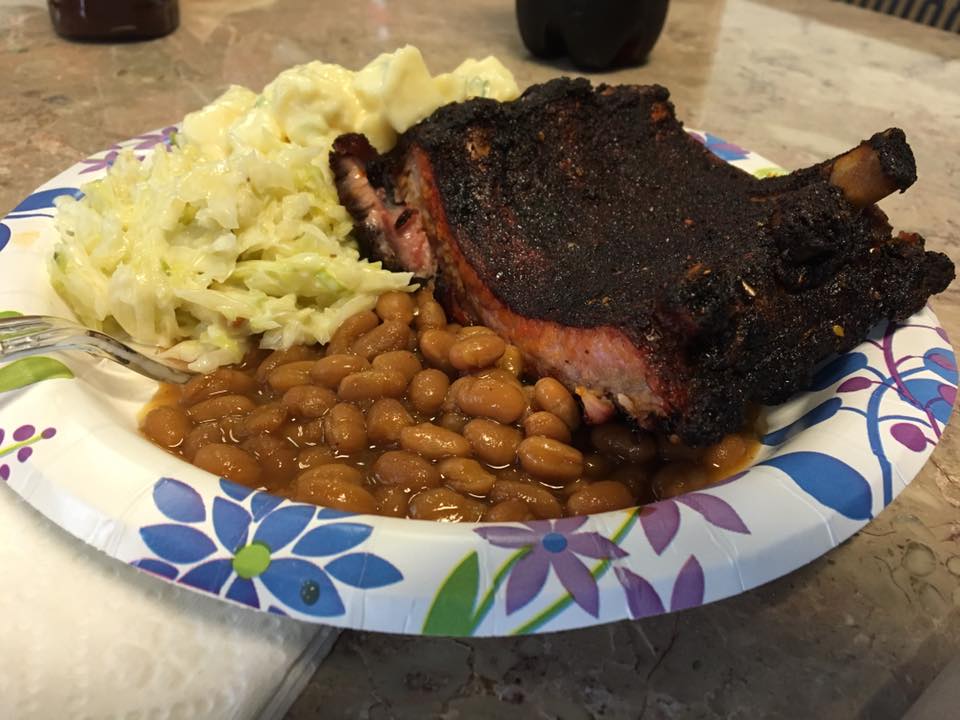 Baby back ribs are good. They just are. And for a long time, I was afraid to make them myself, until I owned a Saffire.

I decided it was time to smoke the 3 racks of baby backs I had in my freezer. There wasn't any apple juice or vinegar on hand, but I did have root beer and orange juice. An idea was born. I took some chili powder, Korean BBQ Rub from Weber, cayenne pepper, garlic powder, kosher salt and dark brown sugar and sifted it thoroughly in a large Tupperware container. Then I mixed equal parts orange juice and root beer and poured it into a drip pan, leaving a bottle of root beer filled with equal parts orange juice and root beer to use as a mop for the ribs. 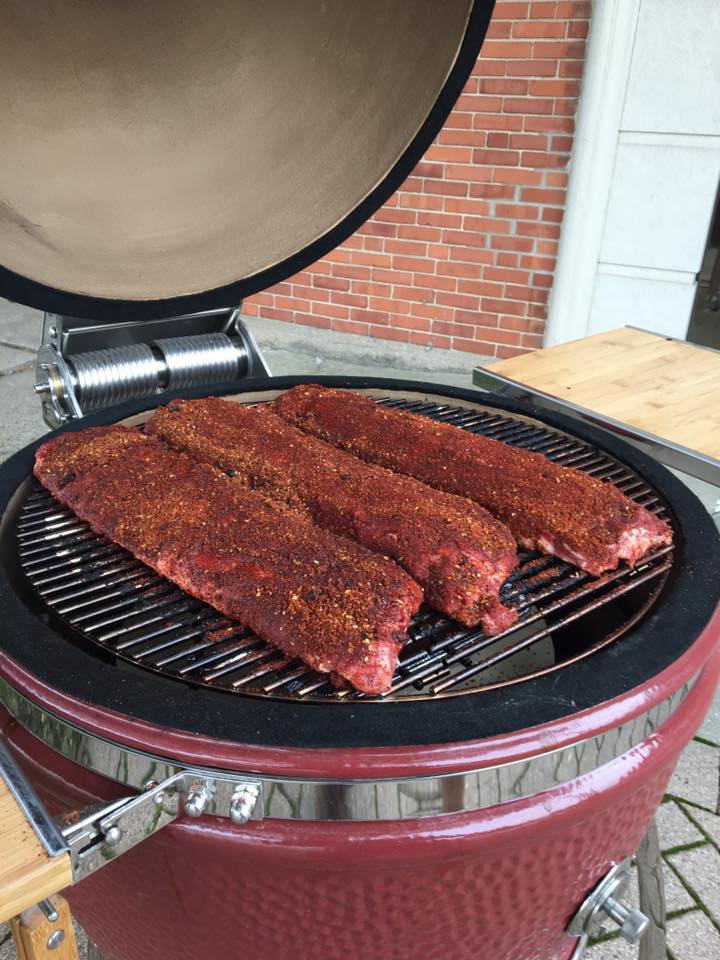 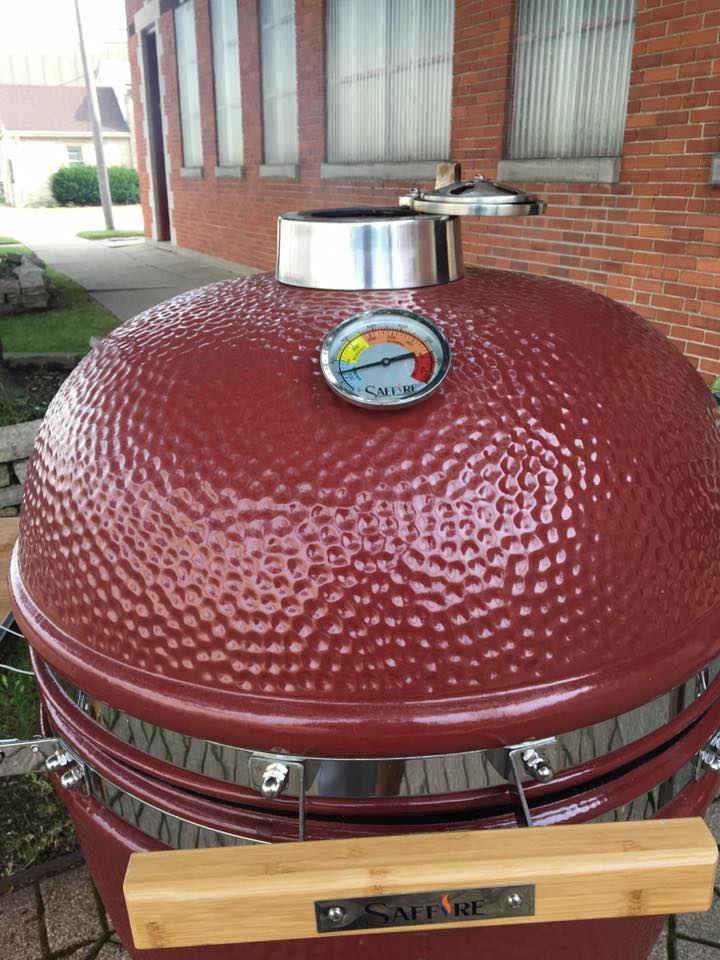 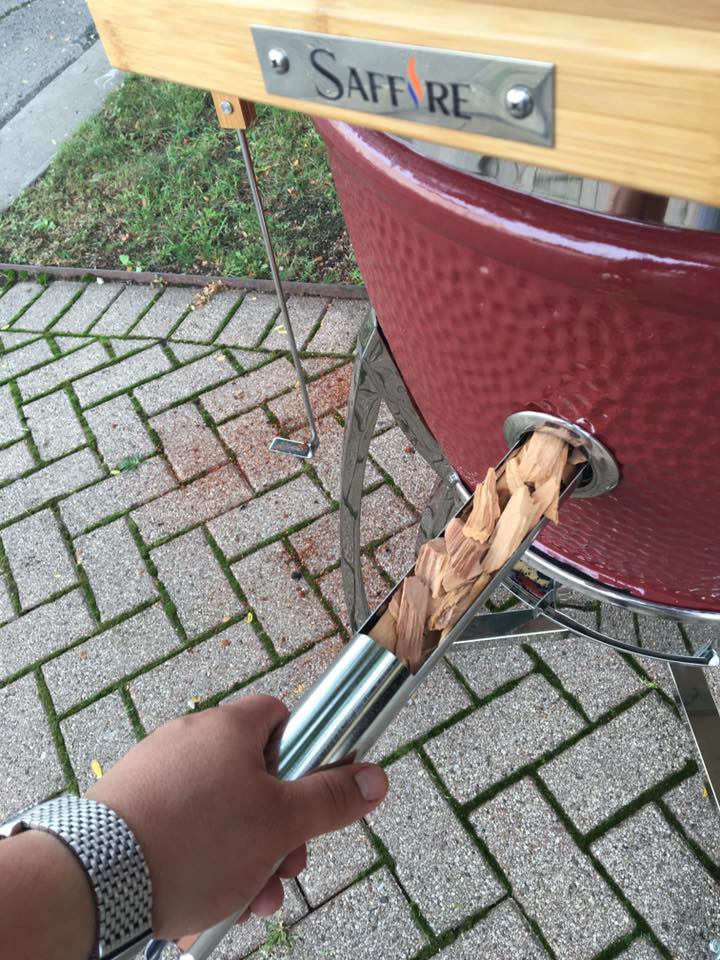 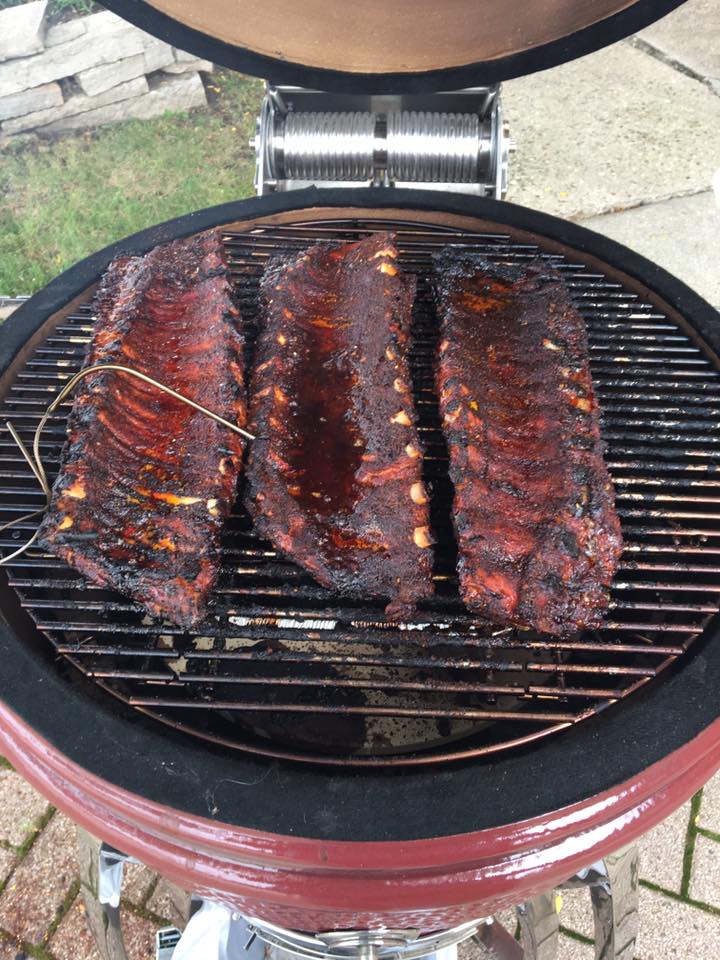 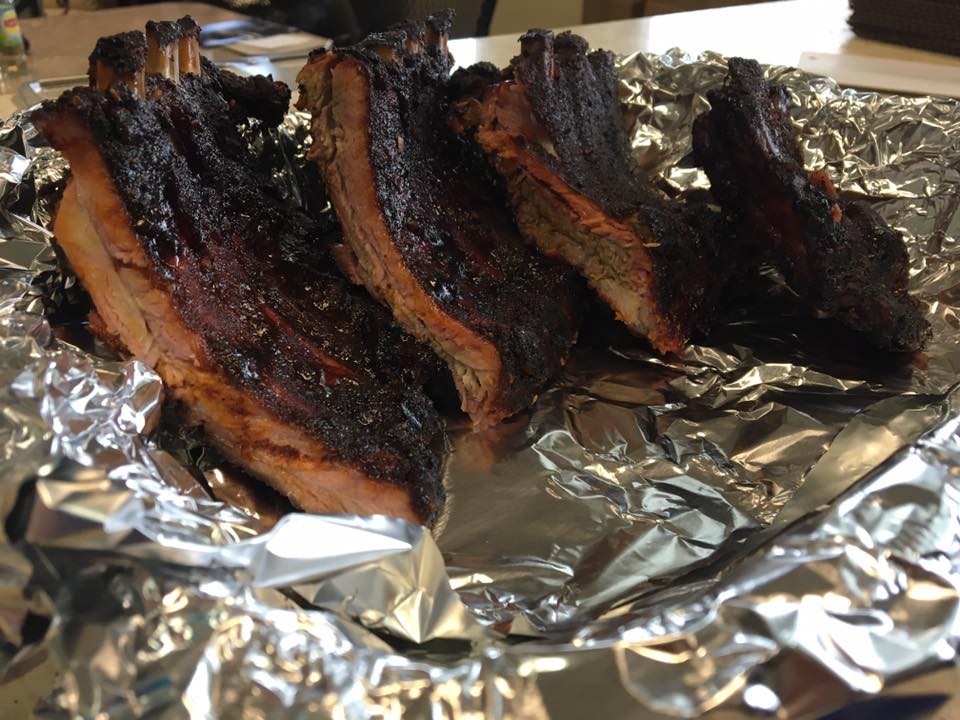 Overall, the ribs were pretty tasty. The orange juice wasn't overpowering, and the ribs would still fall off the bone tender even when cooked at the higher temp. Hot boxing the ribs gave the office time to grab some sides from the grocery store and prep a serving area before lunch time.

An Easy Saffire Dinner for Two

Smoke a Christmas Stuffed Pork Roast on a Kamado Grill